The Tale of Mr Turtle 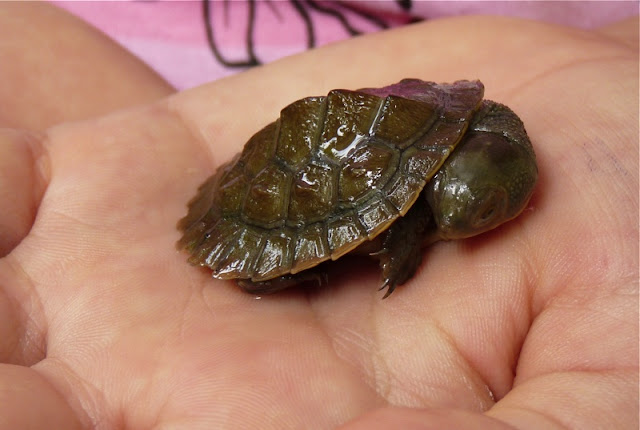 Once upon a time......... early last year, the children found this baby turtle slowly walking on the cement in our backyard. Apparently it had wondered from the river a few streets away. The children were very keen to adopt him as our new pet, however there were a few problems with this, including our extended planned road trip beginning the following week!

To satisfy all curiosity we kept him for the night, then made a quick visit to the local pet shop the next morning. There we were informed that these turtles are difficult to look after in captivity and it would be best to release him back by the river. I think the pet shop owner could detect my reluctance to keep him, despite the children's eagerness to do otherwise! ("Did I give the right answer?" he asked me as we were leaving.) 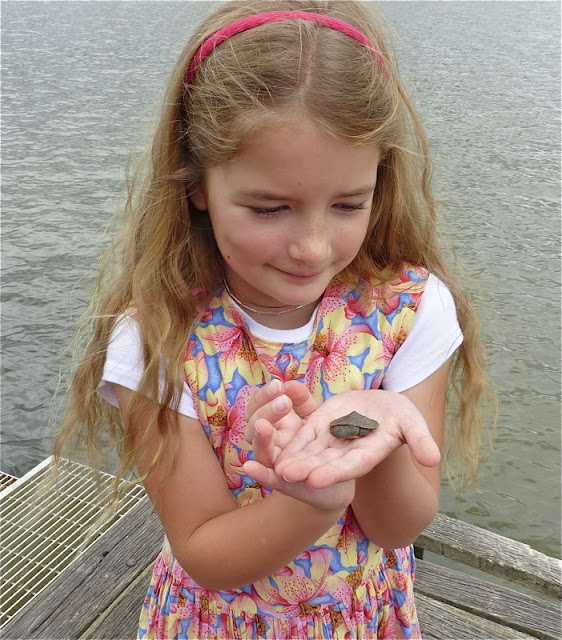 So home we went, collected Mr Turtle and with the children taking turns holding him, we walked to the river. Some were more eager than others to be close and personal with Mr Turtle! 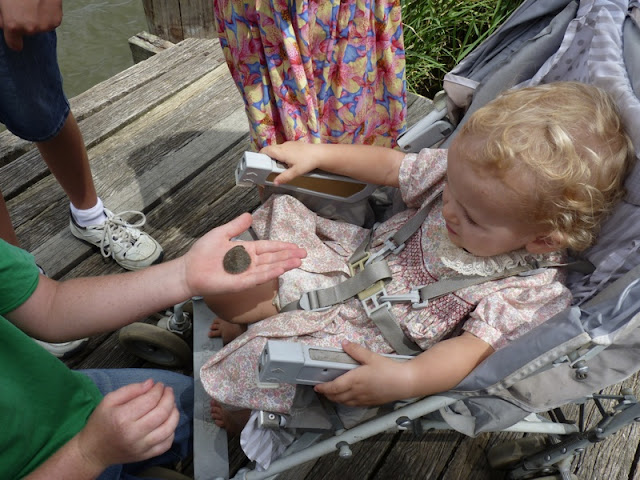 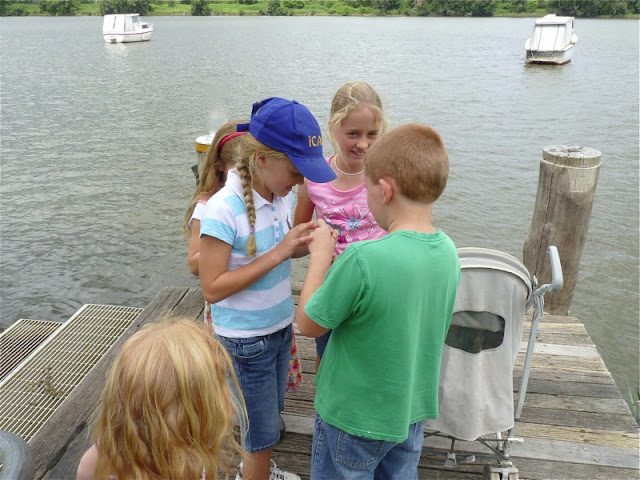 One more goodbye from everyone then Mr Turtle was rather reluctantly set free..... 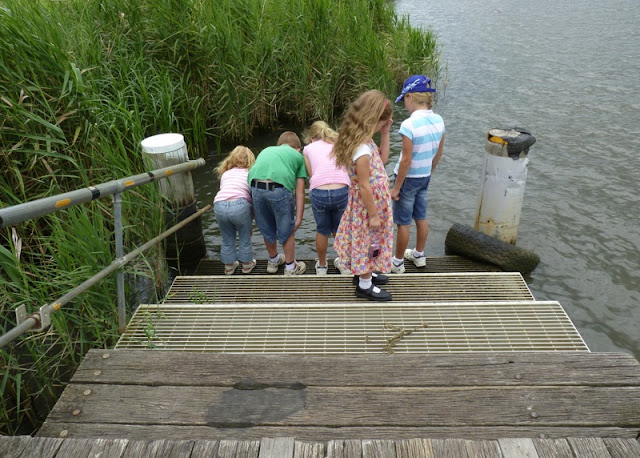 The girl is very cute. Japanese proverb says that The good you do for others is good you do yourself.

sweet photos and story. my son loves all reptiles and we've hosted quite a few over the years for over-nighters! :) this brings back such memories! :) beautiful photos below, too!

A wonderful story from this little turtle. And your children are very loving with him/her.

What an adorable little turtle and a sweet story to match the photos.

Sounds like a very happy ending to me. Love the pics!

So nice that you helped him find his way home! =)

Such a sweet story!

That is too cute!

So cute. I have never held one in my hand.

Oh I think I would find it hard to say goodbye - he is so lovely. Your first photo is fabulous, you captured every detail. Such a lovely story.

What a sweet story! I'm sure the turtle was happy to be back at the river.

A happy ending indeed. What a cute little thing. Can't wait to show the kids all the wonderful submissions so far. Thanks for joining Kristi and I for the Crazy Days of Summer!

Aww! So sweet that your children wanted to care for the little guy. Hope he found his family and friends on his return to the lake. He has a tall tale to tell!

What a cute little guy!

now that is the cutest little turtle!!!!

What a terrific critter! Great shots!

What a sweet story! My kids would have wanted to keep him too. Glad you put him back and I'm sure he's doing just fine now. :)

Mr. Turtle is absolutely adorable! I'd want to keep him, too!

Kids learned a great lesson here! We so enjoy turtles on our lake - it's fun to watch them basking in the sun:)

I can totally relate to this story... we once lived one very similar....

Oh my goodness- that is so amazing. My kids would love to see that.

Thank you for your comments, it looks like many of you can relate too!

We found 5 of these last year thanks to my mom's dog bringing them in. Sad to say they didn't make it:(

What a sweet story! Thanks for sharing it with us on *PicStory*! LG Tina

Oh, that is such a sweet story. Even though I'm sure he enjoyed his time with the children Mr. Turtle will be happy in his river home.

I love a happy everafter ending!!!
And turtles are so very fascinating. Your photos are super.

THROUGH THE LOOKING GLASS?

Wonderful story. It brings back memories of my turtle finds so many years ago.

The children are beautiful, and they a look in awe of this small turtle It looks as if they want to be sure the release is what must be done. They seem to feel that it is the best to do so. The look of awe toward the small being is wonderful to see!

What a nice photo-story! All the best to Mr. Turtle!

Your photos are very nice!