About a half hour drive from Apollo Bay, Cape Otway is the southern most point of the Australian mainland apart from Wilsons Promontory. Cape Otway Lighthouse was built over 160 years ago and was only decommissioned in 1994. 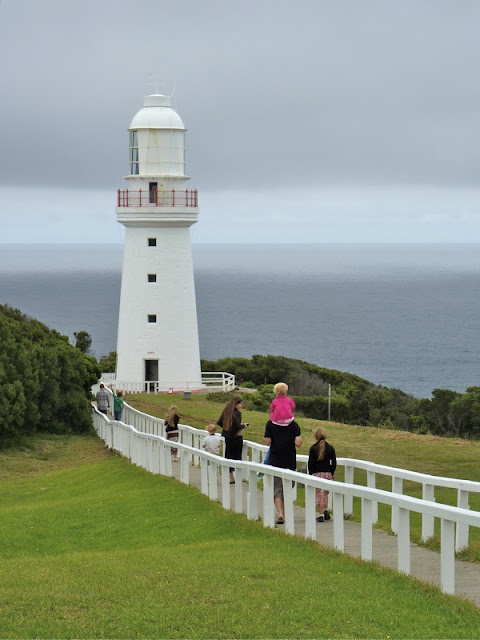 I imagine it would be a rather bleak place for much of the year. 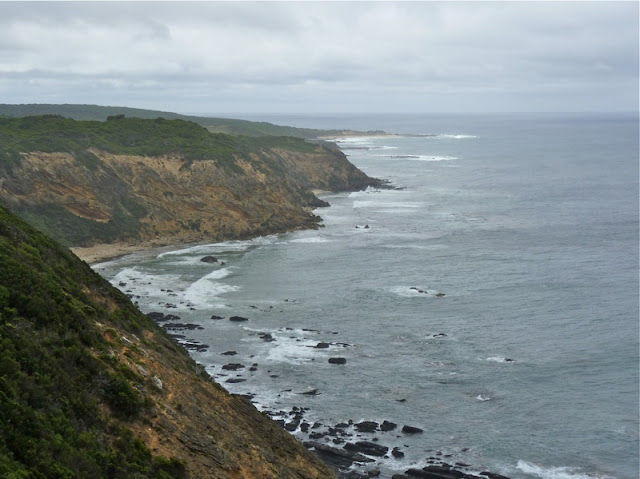 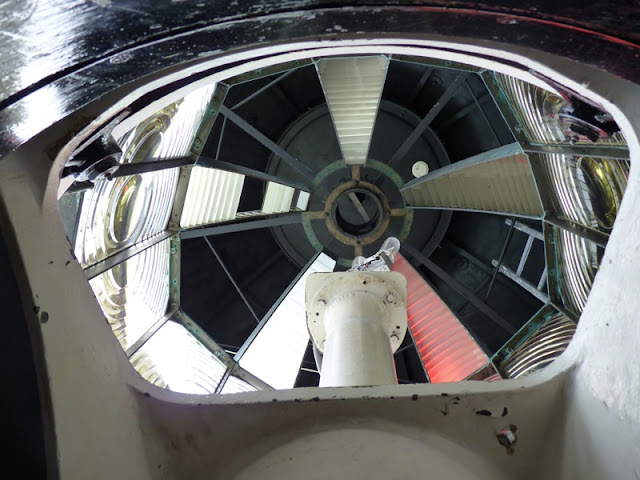 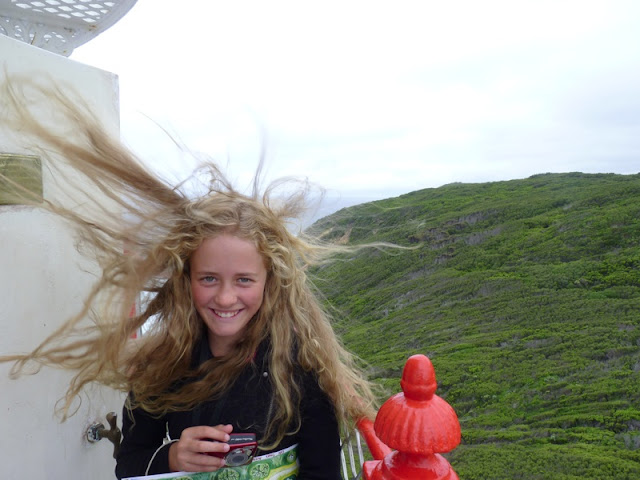 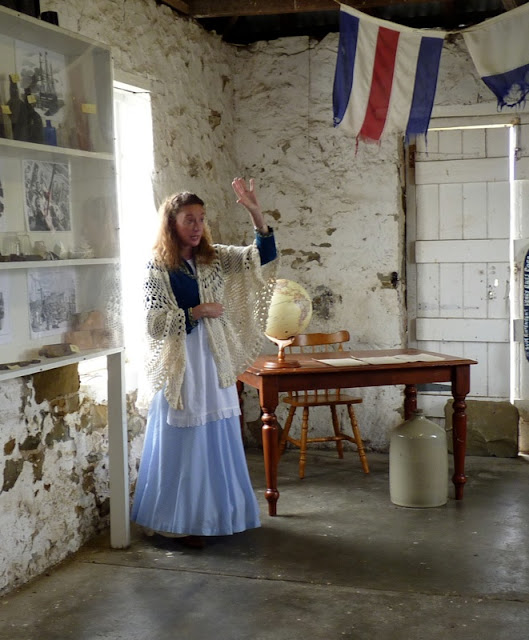 Another informative guide in a nearby building. Sometimes it's easy to forget that the presence of a lighthouse also means many lives had been lost and ships wrecked at that location prior to their existence.

The Otway Telegraph Station is only a short walk from the lighthouse. Having these two located nearby helped overcome the problems of isolation for those who manned them, particularly in the early days. 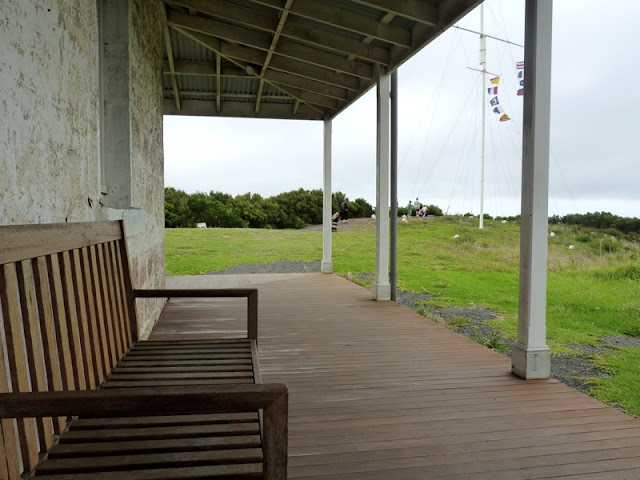 We often take modern communications for granted. There are joys to be had in both eras, yet I think we are spoilt for choice in ours.
Posted by Karen @ Pieces of Contentment at 3:24 PM

Oh what a lovely day out and about. :o)
Thank you for sharing the images, it was as if we were with you all. :o)
I can only imagine the lives that lived in the house, who cared for the lighthouse.
I hope you have a nice weekend.
Sincerely, Trish

Hi Trish! Yes, it was a lovely day on our big holiday 2010. I'm yet to post on the second half of that special day....coming up this week.