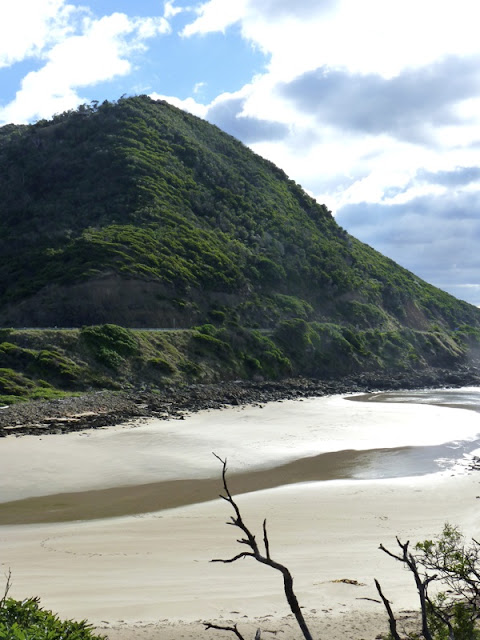 19th March 2010 was another huge day on our adventure, filled with great variety and stunning beauty. I will spread the photos over several posts so I can savour the joys and splendour once more.

Not long after we had left Lorne we were held up with a well organised road closure. Eventually we saw camera cars and a sparkly new car drive past, along with other associated vehicles. They had be filming a car advertisement! The road was soon reopened.

Another peculiarity was a number of road signs I had never seen before, all stating traffic had to drive on the left-hand side of the road! I guess they have an unusually high number of overseas visitors hiring cars to travel this road.

The Great Ocean Road along the Victorian southern coastline is magnificent. I didn't know much about this drive so my expectations weren't that high. On this section of the Great Ocean Road we were amazed by the vivid coastline stretching on before us, following curve after curve for more than hour. 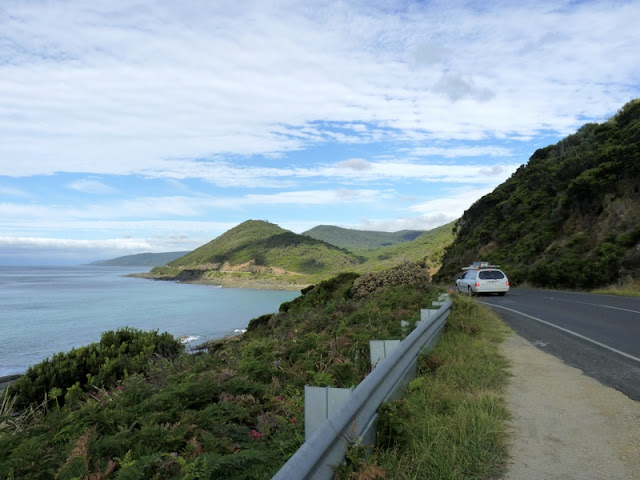 Thankfully we were driving east to west and could take advantage of the frequent stopping bays on the coastal edge of the road to soak up more of the views. 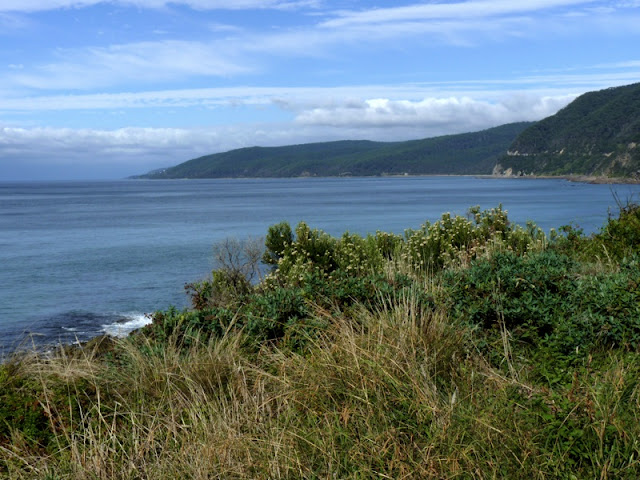 We stopped a while at Apollo Bay. The weather was overcast and lightly raining at this point, making it look and feel more like something from another country, maybe England? 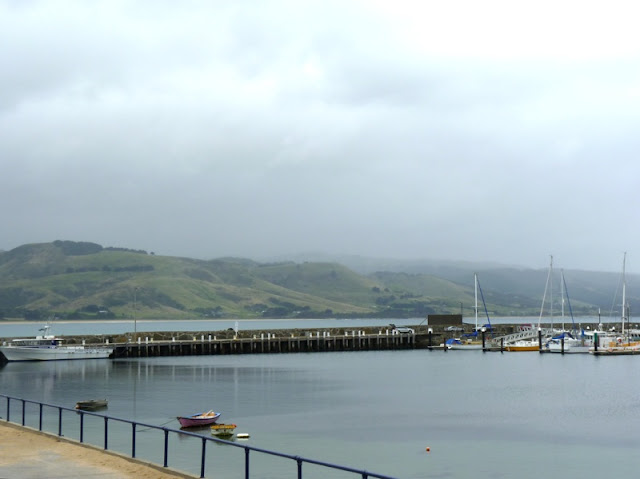 After Apollo Bay the road leads away from the coast for a while, winding through the surrounding hill country, before hugging the coastline again further west.
Posted by Karen @ Pieces of Contentment at 7:20 AM